Looking for trolls in a sunny Iceland was a birthday present to myself 🤭 …and a long lasting dream of my friend, who came one day in the office sharing this idea. The next day we already got the tickets. And after some time we found ourselves on the way to Iceland! Land there is magical – with all the black sand beaches, glaciers and volcanos, geysers and waterfalls, spectacular views of the Ring Road and Northern lights on top. 🥰Light backpacks, open hearts and let’s hit the Golder circle! 💛

When the road itself is breathtaking, destination is not even needed. Isn’t life all about it? ⭐️

DRIVING AROUND THE MAGICAL LAND

Iceland is very easy to navigate – you just go around the main road (Route 1) with some side turns to the places you want to visit.🗝 One thing for sure – if you drive all the circle, you can experience all four seasons with their different shapes and shades (and moods🧞‍♀). Nevertheless, don’t forget to fill in the tank, as there might be places where it is not so easy to get the gas. 👀 And most important! Hold the door when you open the car from inside. Flying doors is the only thing insurance will not cover and oh, that happens so often! 🌬 Iceland is really windy, especially in the top parts, so stay smart, even then amazed with the views around. 🎬

South part of the island is my favorite, so my recommendation is to start from Keflavik Airport, rent a car and hit the road towards the Blue Lagoon. If you will be checking the travel plants in advance – Blue Lagoon will be one of the top recommendations, nevertheless I would skip it and rather enjoy some wild hot springs a bit deeper in the island, such as Reykjadalur Hot Spring Thermal River. Either way, make sure it is not too hot! Some of the wild version springs are in the boiling temperature. 💯

Going further, there are some top sights not to be missed – Seljalansfoss waterfall, Skogafoss waterfall and Sólheimasandur DC Plane Wreck. At least for the first time, as coming back the road would be leading not only around the island, but deeper in the glaciers and volcanos land. 👑

The way to Sólheimasandur DC Plane Wreck feels like walking on the Moon. 🌙 40 minutes of black sand and nothing else around. Feels much better than meditation or any kind of reflection time you give to yourself. 🧘‍♀Well, there is always easier version to move forward – with the moon bus, even if the road might be less enjoying. But life is beautiful in that sense, that everyone has a right to choose their way.

As for the stop-over city Vik would be a perfect location. There are several B&B proposals around it with variety of prices you might choose from.

Close to VIk, one of the super popular beaches in Iceland is located. Reynisfjara Beach with Reynisdrangar is well recognized in Game of Throne series. And it is just a start of the love stories between John Snow and Ygritte, which happend in the island. Winter is coming, babe. ✨

LIVING IN THE WALLPAPERS

I am giggling that I have Walpappers for at least a year now 🔥 if you have never been in the place where you go around and you can not believe it is real – this island is on top in the recommendations list 🖤 Fjaðrárgljúfur canyons one of my favorite places in Iceland. It takes a little hike, which awards you with a beautiful view! And take your time, when planning, as it is much harder to leave the place than it looks like. It just traps you in the feeling of lightness.

Heading the road further one of the worth spots to explore would be Skaftavell national park with Svartifoss waterfall, where you could go for a long walk. Nevertheless, if you would have to choose-all the recommendations would go for the Jökulsárlón Glacier lagoon and Diamond beach.

WALKING ON THE WATER

Iceland has been treating us gently, with lots of October sun. 🌞Sun doesn’t stay long at evenings, making exploring time shorter than we would have wanted (that’s why late spring time is packed by tourists⚡). Vestrahorn is a safe place for seals in a real life, which is exciting to see how they are watching you as you would be living in the zoo and coming from time to time in their territory. 🙊 Besides the contact with living creatures, it’s fun to walk on the water here and also find out the Viking houses (which were actually builded to shoot the movie scene). But thanks to Vikings we know about the country, even if they discovered Iceland by accident.

KINGDOM OF THE WATERFALLS

Further road in the East side requires loud music (…from Queens to Bocelli) and it is all about daydreaming. 🍾 Fjords and <uhhh> scenic view for hours! With some one way tunnels inside the mountains. 🍿 With some stops for whales watching.🐋 The biggest city in that side of the world is Ejilstadiras, which even has an airport, in case needed! And here comes the magic – moving further to the North waterfalls comes in life. Selfoss, Detifoss, Goðafoss – just for the start ♥

BACK to the COSMIC POWER

After daydreaming break it is time to get back to the Cosmic life and the way to the moon life in Mytvan. Besides secret Grjótagjá love cave from the Game of Thrones, natural birds’ babies land and lovely nature, most excotic side in the field is Námafjall. Face masks are super helpfull here as the smell is hard to live with. 😷

WESTERN PART OF THE WORLD

Winter stays behind while heading back to the west side of the island. Harry Potter and friends must have had fun there as Hogwards hat is staying beautiful.

Walking around volcano crater in Iceland is on the top of the adventure list. Well, they say It is not active today, but who knows about tomorrow🤷‍♀️ Especially knowing that 130 of them are waiting for you in the heart of the Iceland. Why do people live in a place where lava might emerge from under the ice? Its home. 🔥

Sheeps and horses in Iceland will lead through the road. Pure blooded horses are highly valued in the country. Super friendly and curious animals are really photogenic, especially while having an ability to adapt to the weather conditions.

BACK TO THE CAPITAL

Reykjavik is very European in a good sense. Around 60 % of the population of Iceland lives in this city. Government issued financial support system for the people moving out from the capital to live in the suburbs. And true, it was difficult to meet any people around the Ring road. This means that sometimes we didn’t even meet anyone for hours, only in the evenings while cooking in the B&B kitchen. So capital gave us a chance to meet people, to see some Icelanding parties, to go couchsurfing, spend nights spying for the Northern lights, enjoying steer food (which, by the way, is hotdogs! Fun fact, that hamburgers never found the place in Iceland). But my favorite part of the Icelandic culture is that huge percent of the population is very talented- they write songs, books, fall in love and keep themselves busy during the long nights. Lots of it you can find in the Hallgrimur Helgason’s Novel “Woman at 1,000 Degrees“.

You might get lost in time, while in Iceland, but more dangerous is to get lost in nature, as with all it’s beauty it brings some darkness too. We had our fun while driving highs in total darkness after the closure of the part of the route. Indeed, closures are happening quite often, especially of the gravel parts, so just be ready… Backpack and B&B with shared kitchens and cooked meal is most popular choice in Iceland. Not only because of the high prices in the restaurants, but also because there are no places to eat along the road.

I would say meet people. If you will find any 😅

As always, that’s the only advice about traveling, which is worth listening. 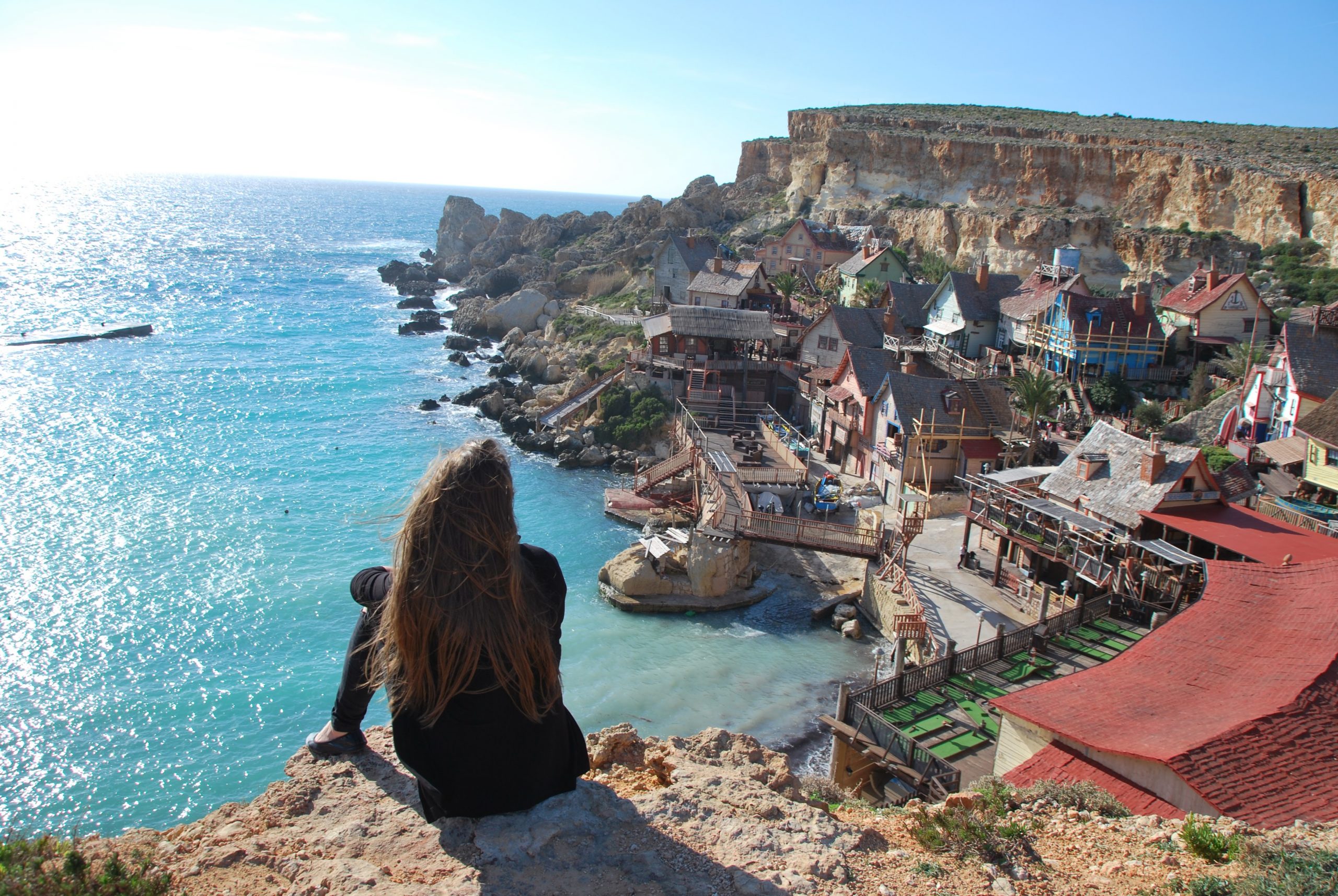