Walked more than 50 km in two days to explore this beauty and it still wasn’t enough. How come if the land is just 6,8 square km? 🤦‍♀️ Views and lovely creatures stole my attention in a minute and all distances were forgotten. We were just off. Flip flopping through the airport with curiosity in our hearts. 👣Just to find out what this land is hiding.

The Airport of Gibraltar is one of the top 10 dangerous airports in the world? 😱 Well, I felt over-saved I guess, but all I remember was the mystery of the rock and the unstoppable yearn to go on the top. Later on, seeing take-off and landing of other airplanes was pretty scary. 🛫The runaway is really short and besides that it is intersecting with the busiest road of Gibraltar. At the moment I got out from the plane, I realized that the most southern part of Europe was super cold and all I had from warm clothes was Hakuna Matata jumper. Funny though, cause it perfectly fit the lifestyle of the island. 🙈

Around the Rocky World

First day was dedicated to the world around the rock. 🌍Both sides of the rock have different views to offer and my recommendation would be to use your foot to see everything. Going by the coastline you will pass Sandy Bay, Eastern Beach, Catalan Bay (my favorite one!), Western Beach, Camp Bay and Little Bay – six slightly different beaches with sand and rocks.

Oh, just be careful! There is one tunnel on the way around the rock, which is illegal to cross by foot. Walking all the way back was not even an option in my head, so some hitchhiking in the middle of the road and the first two cars were already driving us through it. 🐪 Super easy to catch a ride as everyone speaks English as well. Even so, we were not in rush, because the little macaques were coming down the hill . Not a surprise though – one of the dumps was just there and that is a treasure place for the animals. 🦄Don’t ask me what kind of diseases they were caring, we made it out alive and that’s all that matters.

THE END OF EUROPE

How does it feel to be at the ending point of the continent? Well, it’s windy. 🌪 And it is super exciting as a fact. From the Europe Point Trinity Lighthouse you can wave to some friends in the other continent. How small is the world, right?. Morocco was reachable by eyes 👀, but beasts and myths hiding in the water between the continents killed too many dreamers, who tried to reach this European land. Anyways, it is a refreshing place and if you have a chance – go for it (I am not talking about swimming to Morocco, of course). 🐥

Oh, what hit me the most there, was the peace and harmony between religions – beautiful white mosque of the Custodian of the Holy Mosques (Ibrahim-al-Ibrahim Mosque), as a symbol of Islam was just next to Shrine of our lady of Europe, as a symbol of Christianity.

THE END IS THE END, NO MATTER WHO YOU ARE. FEAR OF UNKNOWN CONNECTS US MORE THAN WE WANT TO ADMIT

After reaching the top of the rock, all I can say is that it’s not a town for people, not even for tourists. This is a Kingdom of Macaques – Apes Den with swimming pools, stretch places, food and all the other good quality life treasures. 🐵Even people, who are working for them – Macaque Manager is one of the professions in Gibraltar. As a lover of the views, I should state that my eyes were open widely. But the life of macaques was catching my attention even more. They are precious and suspicious, so not so easy to get in contact with. 🐒

I know, my curiosity will hurt me one day, but this is who I am. So, get to know these little creatures was also on the list. Walking around hand in hand with you, jumping on your back, stealing your food or even biting – that’s all you can get from them. 🙈🙉🙊 No real feelings were attached as they change tourists as socks after the minute they are bored or find out your sneaky plan to befriend them.

Snakes🐍, wild rabbits, birds 🐦and many other creatures can be found on the rock, especially going through the Mediterranean way or just climbing the rocks, but none of them are so catchy as this dynasty of Macaques. Ok, maybe the dolphins, 🐬which you can see in the Atlantic ocean while you are in the boat trip . But still not so sure about it.

Inside the Rocky world

The rock can offer some mysterious inside places as well. Just by the side of the Moorish castle, you can find World War II tunnels. More than 50 kilometres of secrets. And people saving the lives of soldiers by creating a hospital inside the tunnels. Before that – Great Siege Tunnels were built. It might be interesting for historical reasons. All of the tunnels and caves are surrounded by legends I am not telling you this time. For nature lovers, keep an eye on St. Michael’s Cave. ☀

World behind the borders

A good to know fact is that there are basically no tax on goods in Gibraltar, so British are enjoying their pub lifestyle back here as well . Surrounded with red thingies, starting with Red Telephone boxes, and English speaking people, you really might feel like somewhere in the UK. Even so, some mix of Spanish and English (well known as Spanglish) can be heard. ❤

Traditional food of Gibraltar is called Calentita, which looks like a pancake. Everything else I tried was behind the border in La Linea city, which is a part of Spain. Tapas all around, especially in the nice beaches, where you can see the view of the rock from the side is also worth to visit.

And yes, even if this time I met more animals than people. It still stays the same. 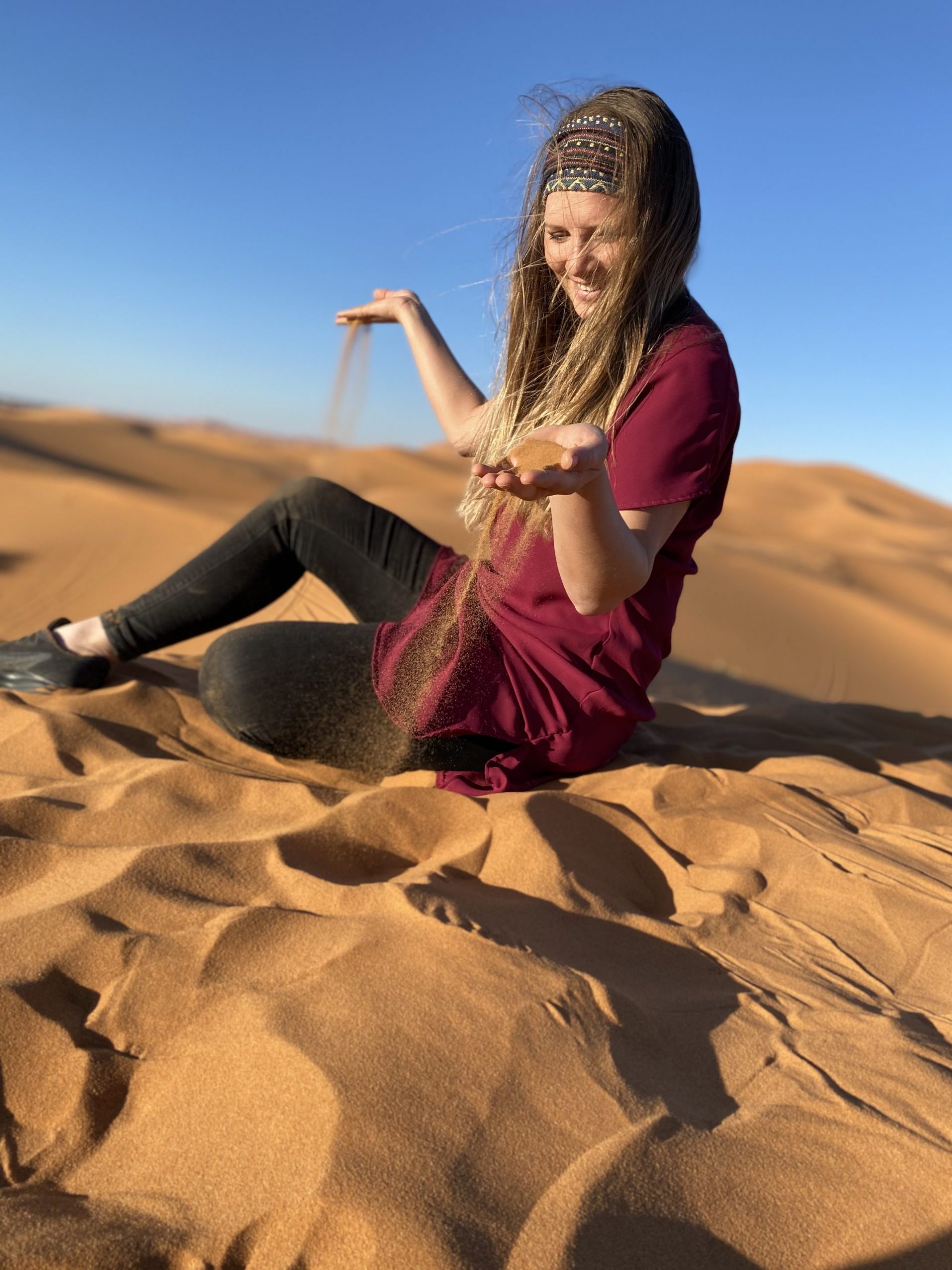